Drinkin’ with Lincoln Walking Tour
As we are unable to gather for the annual fun that is our Drinkin' with Lincoln event, we offer you a way to learn the history of some of the oldest establishments in Lemont through a virtual do-it-yourself walking/driving/virtual scrolling tour.
Drinkin' with Lincoln is one of our most dependable fundraising events. We are not charging for this self tour guide, but we will gladly accept and appreciate any donations you want to make to help fund the preservation of the Lemont Area Historical society and Museum! Click here to go to the donation page. 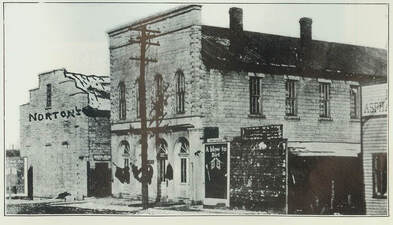 Many consider this building Lemont’s most architecturally and historically significant building. In 1862, S. J. Norton opened his original general store at 101 Stephen Street. In 1870, he expanded his operation by building a modern department store next to it at 103 Stephen Street. A grain storage elevator for canal shipments once stood where the parking lot is today. Mr. Norton opened the first quarries below the village on both sides of the canal that would unearth the famous Lemont limestone. It also had a safety deposit vault for residents to keep their valuables from the hands of Smokey Row bandits.

During the days of the Canal construction some of the engineers lived above the store. One of those engineers was Ed Kelly who served as Mayor of Chicago during the late 1930s. The grain elevator was dismantled in the 1950s. Manne Strand started The Strand store at the corner of Canal and Stephen St. His son Dale moved it to the vacated Nelson's Feed & Grain Store at 103 Stephen in 1960. Dale converted the feed and grain store into a modern sundry store and news agency.

In 1985, Bill and Edie Montgomery bought The Strand and it became famous for its Cajun food. It has since been home to Stonecutter’s Chop House and Stonehouse Pub. Currently, it is home to Corner Stone Tavern.

Before coming to Lemont in 1924, Thomas Laketa worked all over the country. In early years, Tom and his wife, Mary, operated a tavern at the corner of Stephen Street and Talcott Avenue, under the name of “Tom’s Place”. In 1949, they moved Tom’s Place to the present location at 110 Stephen Street. While living in Lemont for a half-century, Tom acquired the name of “Big Tom” and his tavern was always, and still is, a friendly place where friends met. To many children, he will always be remembered as “Uncle Tom”, with his special treats and love for children. His son, Milan and his wife, Elaine, ran the tavern for many years. Now, the business is operated by their sons, Mark and Mike.

If you peak in the window up at the ceiling you can see a fine example of “Chicago Ceilings” manufactured by the Friedley family. 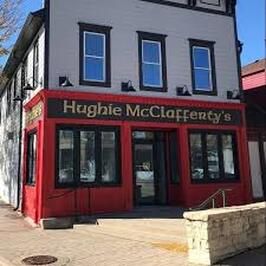 One of our early post offices was located at the back end of this building. It was here that the Deputy Sheriff of Cook County read the Riot Act to Lemonters during the 1885 quarry strike. It was here they learned that the Illinois militia was going to occupy the town. In the days before suffrage, Miss Amelia bodenschatz served as an assistant post mistress. She took over all the duties for her father, Gustav, who operated the drugstore. Miss Bodenschatz served during Grant’s administration until 1882, when she married. Before the days of medical clinics, doctors and dentists often located above a drug store as they did here.

This building was formerly home to part of H&H Mexican Restaurant. Today it is Hughie McClafferty’s and is operated by Manus McClafferty. Hughie’s was named after Manus’ father. 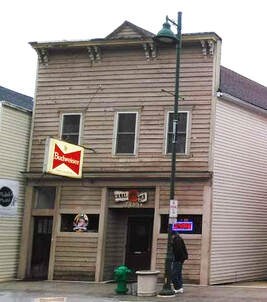 To get your tonsils wet, you might stop at Fischbach’s Saloon. As in all the salons of the day, you’d find an old potbellied stove and a card game of Pitch or 7-Up going on. They also had a dice box and a pool table and, of course, spittoons. The tavern was also known as “Ben’s Dugout” for a stretch in the 1950s. After Ben’s it was the site of Bumber’s Spoprtsman’s Inn, It was then owned and operated by the Ott family for many years as “Gene’s Anchor Club”.

The tavern was sold to the Gothard family in approximately 1992. Ricci Gothard and his mother operated the business until 1998 under the name of “R&N Anchor”.

Marty and JoAnn Tomczak purchased the tavern in 1998 from the Gothards and were the owners until Marty’s passing in 2016. JoAnn sold the business to Julie Christopher and her son Jamie. 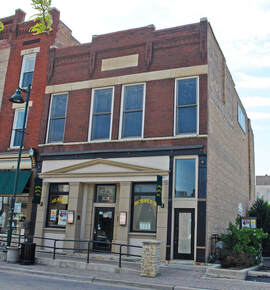 The building has the outline of a temple-like structure on its front. This was the site of the First National Bank of Lemont. On April 1-, 2029, this building was the scene of a daylight hold-up. Three armed bandits arrived in the village in a new Roosevelt sedan which had been stolen from Chicago the previous day. They got away with a total of $9,200.69. The original bank vault is still in the building. The establishment has closed due to COVID-19. 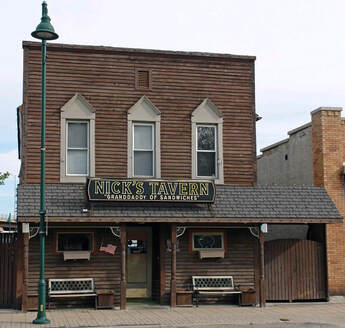 Nick’s Tavern was opened for business in 1945 by Nick and Vera Pappas. Nick and Vera previously operated a tavern/restaurant in what is now the VFW Hall called the Suburban Club. Their daughter Joanne and her husband Louie Novak took over the business in 1963 and operated the business until 2009. They raised three boys in the apartment above the business and cooked several thousand Nickburgers “No Fries, Chips!” Over the course of the years, many celebrities have enjoyed the “Nickburger”, including some of the Chicago Bears, pro. Hockey players, pro golfers and pro basketball players. People come from all over the Midwest to indulge in the famous burger. Perhaps the most famous person to sample the “Nickburger” was former Illinois Governor “Big Jim” Thompson.

Today the tavern is owned and operated by Don Quaid and continues to uphold the reputation of the “Nickburger”. 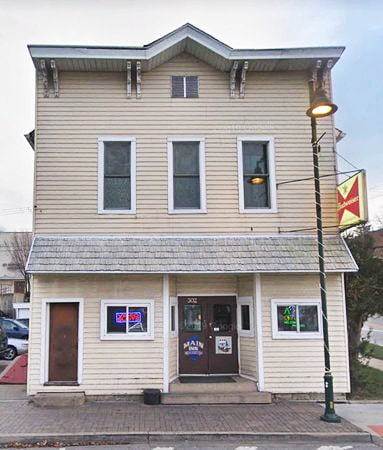 Many years ago, on the corner of Main & Lemont Streets, there stood a tavern known as “Honest John’s” which was owned and operated by John Powalisz.

On July 1, 1937, the late Andy Shafranski opened the tavern at 302 Main Street and called it Main Inn. In 1946, after his discharge from the Navy, And’s son, Tony, went to work for his Dad. In 1961, Tony Shafranski operated the tavern, eventually assisted by his oldest son, Mark.

In March of 1989, a liquor license was issued to Duane and Linda Petersen, who changed the name to “Petersen’s Main Inn”. During a freak flood of July, 1996, the building suffered severe damage. The Main Inn mascot, “the Beav” was rescued and remains in a place of honor in this popular local tavern. The tavern is still operated today by Duane and Linda and remains a great neighborhood place to get together with friends or to meet new ones.
We hope you enjoy the tour. Make sure to leave a comment below to let us know how your tour went! Be sure to tag the Lemont Area Historical Society's Facebook page with your pictures!